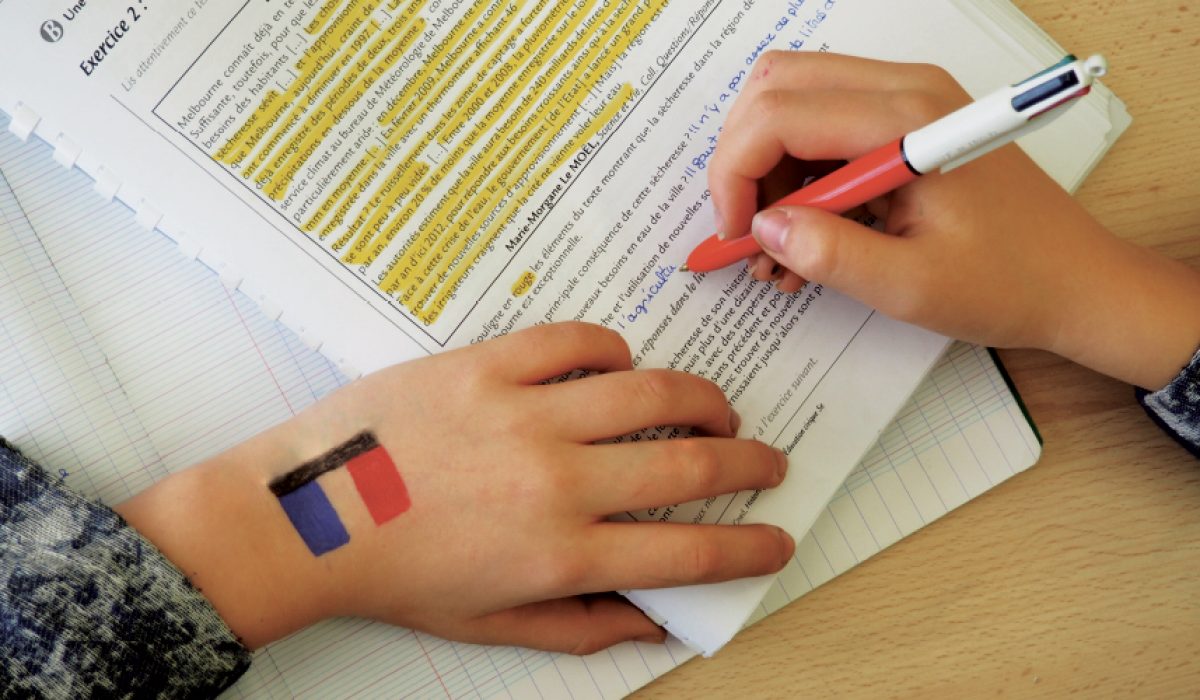 Thanks to a rich experience of more than 20 years in Slovenia, the French school of Ljubljana welcomes all children from 2 to 16 years in a warm atmosphere, from the TPS, ‘the tiny section of the kindergarten’ to the High school.

Like all French foreign institutions, the EFL caters for the French children residing in Slovenia, but also Slovenian children and children of other nationalities wishing to follow the French curriculum of the French Ministry of National Education.

This is how each and every student benefits from the French education, as well as from an international environment and opening towards others. The school offers two different curricula of Slovene classes – for native and non-native speakers – and quality lessons of English. We insure to the French children living in abroad all education-related public service tasks, following the rhythms, rules and programs of the French Ministry of National Education.

Our school is supported by the network of The Agency for French Education Abroad (AEFE), the largest network of international schools in the world. The AEFE is present in 135 countries with 494 establishments, and has a unique experience of enrolling more than 320 000 students.

Besides the French children, we warmly welcome Slovenian children, who represent this year, more than a third of all of our students, and children from other countries as well, this is all due to the fact that their parents recognize the quality of our teaching methods and the atmosphere at school. We are very proud of this cultural and linguistic social mix (16 different nationalities) that contributes to the richness of our establishment.

The French school in Ljubljana (EFL) is an international school

The French school in Ljubljana follows the existing educational system in France, as well as the local values and directives. Our goal is to assure a quality education for French and French speaking children as well as the integration of French, Slovene and children of other nationalities learning French.

As a result of solid educational projects, quality of the schooling system and support from the Agency for the Francophone Education Abroad (AEFE), the French school in Ljubljana has been able to follow these directives for over twenty years.

We are particularly proud to welcome the French as well as the Slovene and other families that value our open minded and excellent pedagogical institution.

At the French School in Ljubljana you choose the Francophone world

At the French school in Ljubljana we insist on intensive English courses. As I am sure you are aware, the learning of a grammatically and lexically complex language like French, from an early age enables the development of the mechanisms to learning foreign languages, which later makes it easier for children to learn other foreign languages such as English. We should not forget that over 300 million people living on 5 continents speak French, which makes it one of the most spoken languages in the world together with Spanish, English and Arabic. The French language is also one of the working languages at the European Union as well as one of the six official languages at the United Nations (UN) and besides English, is the only working language at the UN. For all these reasons many Slovene parents and parents of other nationalities have chosen the French School in Ljubljana.

At the French School in Ljubljana you choose bilingualism

Teaching foreign languages is one of our top priorities at our school. We teach our pupils French and Slovene, but also English, German, Spanish and Italian. We deal with a variety of bilingual children on a daily basis, and we are proud to offer quality language classes because we believe that the knowledge of foreign languages is an important step into the globalized world.

The French School in Ljubljana is part of the French Education Agency Abroad (AEFE), which in turn is run through the French Embassy in Slovenia. 420 schools worldwide run by the AEFE follow the strict directives set by the French Ministry of Education. Choosing a French school ensures the continuous education process for children whilst living abroad.

The French school in Ljubljana is one big family

Many parents and children appreciate the atmosphere within our school. As they like to say, they feel like being part of a big family, and we are honoured by these comments. New pupils are always warmly welcomed and are taken care of by the older children which makes their first few days and weeks at school much easier.

Teachers, familiar with a life abroad and dealing with a foreign language themselves, are always available to the children and they are trained how to lead a child and how to find his own place within a class. We also encourage the older children to help the youngest to get ready when leaving the class.

A common basis of knowledge and capability

The French pre –school and primary school education, up to the 5th grade, places an emphasis on the understanding of general knowledge and own capability, as part of the values, behavior and capability for success at school and in the life of the child and as a future citizen. This French pedagogical goal is also the parents’ expectation and it is the reason for the respect and excellent reviews the French schools receive all over the world. Children at EFL learn of their own capability and general knowledge, known for its excellence.